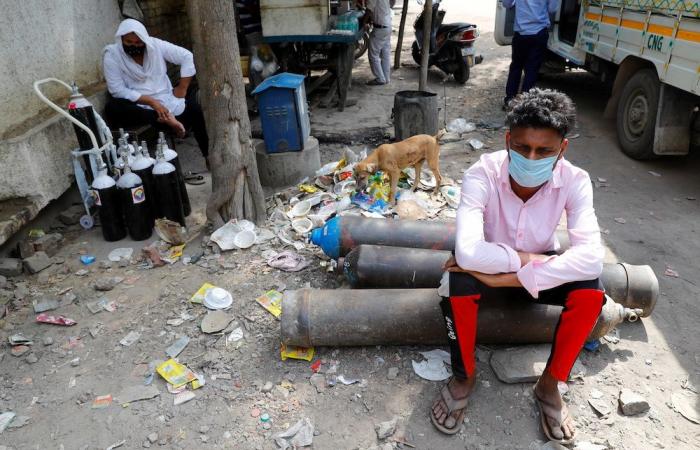 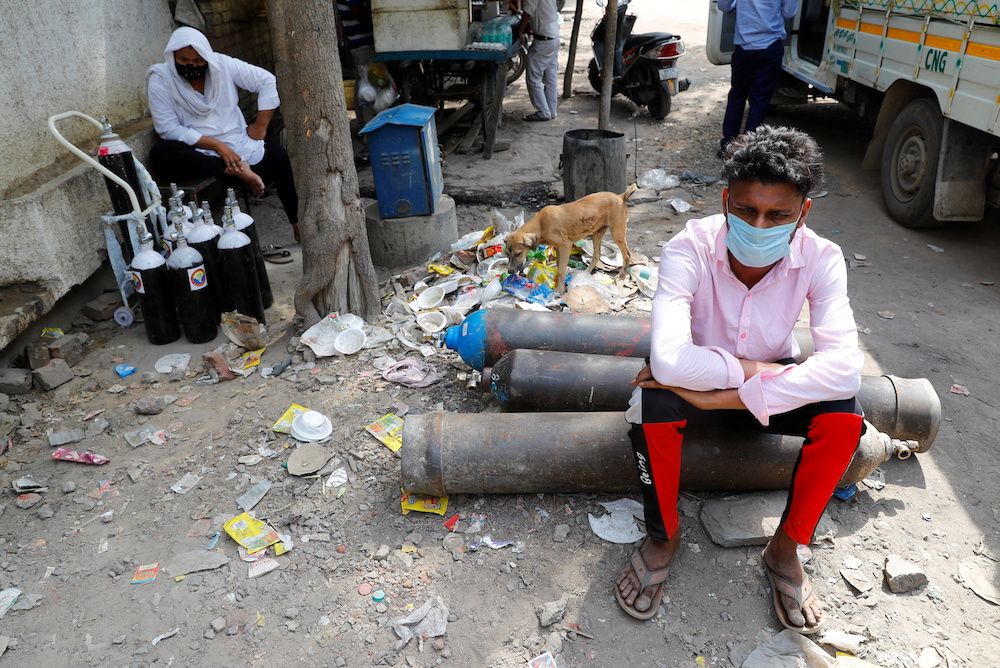 Nevin Al Sukari – Sana'a – Sumit Kumar, 28, sits on an oxygen cylinder as he waits outside a factory to get it refilled, amidst the spread of the coronavirus disease in New Delhi, India, April 28, 2021. — Reuters pic

NEW DELHI, May 1 — India today posted another grim global record for daily coronavirus infections, pushing worldwide cases past 150 million, as the WHO listed the US made Moderna vaccine for emergency use.

The United States had good news at home with the vaccination campaign boasting a significant milestone of 100 million people now vaccinated.

The country has distributed 237 million doses, and 55 per cent of adults have now received at least one dose.

But the White House announced Friday the US will restrict travel from India starting May 4, citing “extraordinarily high Covid-19 caseloads and multiple variants circulating in India”.

The pandemic has killed almost 3.2 million worldwide and continues to wreak devastation.

The World Health Organization said it had listed Moderna for emergency use as its Strategic Advisory Group of Experts on Immunization (SAGE) had found the vaccine to have an efficacy of 94.1 per cent.

The listing procedure helps countries unable to assess a vaccine’s effectiveness themselves have access as quickly as possible and allow the Covax vaccine sharing scheme and other partners to distribute it to poorer countries.

The US vaccine is the fifth jab to earn WHO’s emergency listing. The others are Pfizer BioNTech; AstraZeneca; Serum Institute of India; and Janssen.

The number of daily coronavirus cases has more than doubled since mid-February, an AFP tally showed, in an explosion in infections blamed in part on a new Covid-19 variant but also on failure to follow virus restrictions.

The countries with the highest total number of cases are the United States, India and Brazil. 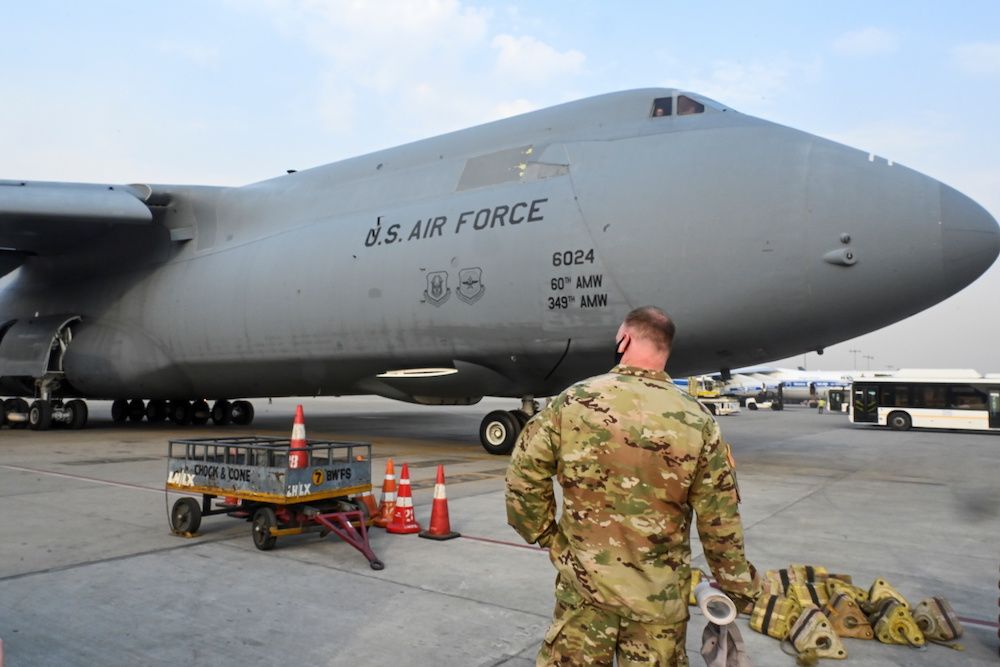 The continent seeing the bulk of new daily cases is Asia, driven largely by a devastating wave in India which now accounts for more than 40 per cent of the world’s new cases and has overwhelmed hospitals and crematoriums.

India recorded another 385,000 cases in the past 24 hours — a new global record — and almost 3,500 deaths, according to official data that many experts suspect falls short of the true toll.

More than 40 countries have committed to sending medical aid to India, with a US Super Galaxy military transporter carrying more than 400 oxygen cylinders, other hospital equipment and nearly one million rapid coronavirus tests arriving in New Delhi today.

Compounding India’s woes as cases soared has been its failure to get a much-needed vaccine programme off the ground.

Until now, only “frontline” workers like medical staff, people over 45 and those with underlying illnesses have been given the AstraZeneca shot or Bharat Biotech’s homegrown Covaxin.

As of today jabs will be open to all adults, meaning around 600 million more people will be eligible. 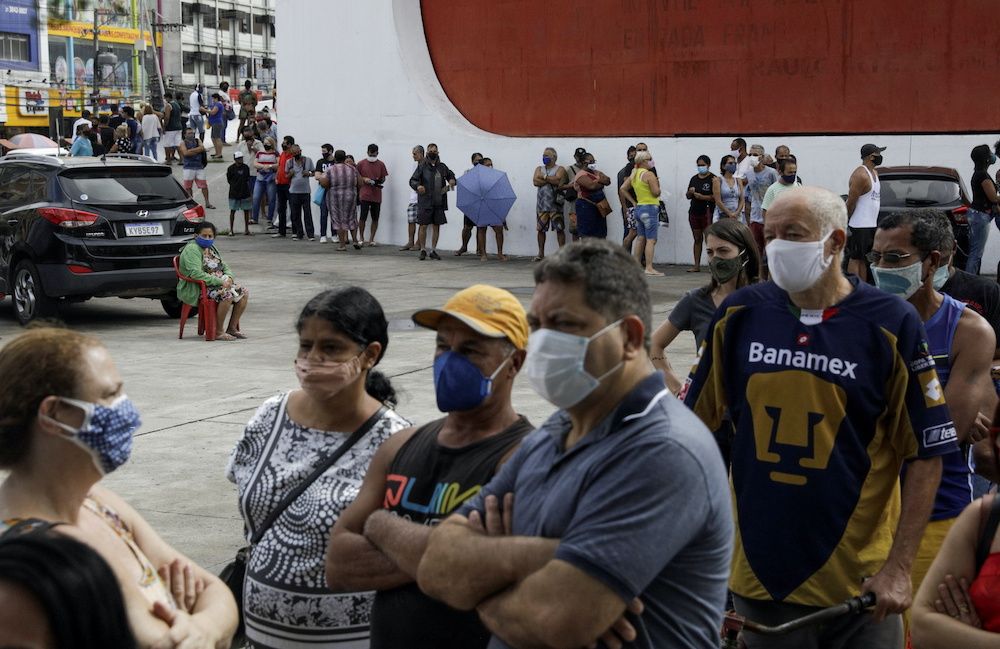 Also struggling to inoculate a vast country facing a surge in cases is Brazil, which has one of the highest mortality rates in the pandemic, at 189 deaths per 100,000 inhabitants.

Experts blame the latest surge partly on the “Brazil variant” of the virus, a mutation that emerged in or around the Amazon rainforest city of Manaus in December.

But many have also pointed the finger at the administration of President Jair Bolsonaro, which now faces investigation into whether there was criminal neglect in its handling of the pandemic.

Argentina today extended by three weeks a nightly coronavirus curfew for Buenos Aires, and President Alberto Fernandez said he would seek to compel the city to close schools.

Off West Africa, the archipelago nation of Cape Verde announced new virus restrictions to cope with a surge of infections.

Prime Minister Ulisses Correia e Silva said sports facilities will close for a month from Friday, and  restaurants and bars must shut after 9 pm.

Since the discovery of the virus, more than 50.2 million cases have been recorded in Europe — more than a third of worldwide infections.

But the continent is beginning to open up again as vaccination campaigns pick up.

Italy toay announced that for the first time it had inoculated more than 500,000 people in a day, meeting a key target.

In France, cafes, cultural venues and business will reopen in several phases from May, President Emmanuel Macron said.

Yesterday he announced that all adults in France would be eligible to be vaccinated from June 15, blowing open the immunisation campaign he hopes will let the badly-hit country get back to normal.

And in neighbouring Belgium, renowned beer brewers hit hard by months of lockdown are rushing to ensure adequate supplies are available when establishments reopen next week.

Among those celebrating will be British pharmaceuticals giant AstraZeneca, which yesterday reported US$275 million (RM1.12 billion) in sales from its Covid vaccine in the first three months of the year. — AFP

These were the details of the news India posts new Covid record as global cases hit 150m for this day. We hope that we have succeeded by giving you the full details and information. To follow all our news, you can subscribe to the alerts system or to one of our different systems to provide you with all that is new.