“My counterclaims are coming”: Laura Bozzo revealed that she will proceed against those who wronged her

by Nick Quaz
in Society
0 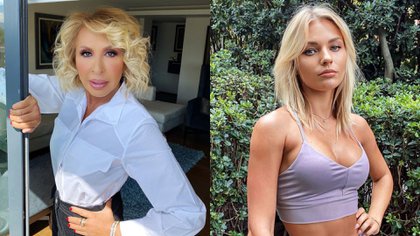 The Peruvian driver Laura Bozzo announced that she is already preparing to counter-sue Irina Baeva and Gabriel Soto and others who have sued her in the past. Bozzo said he found a loophole that will allow him to “do justice.”

Bozzo was sued by Irina Baeva and by actor Gabriel Soto after the driver called the model “husband stealer”, something that caused the couple annoyance so they decided to sue her for defamation and demanded monetary compensation in addition to a public apology . Although the process continues, Laura said that she will seek to counter-sue the couple :

I am fascinated with legal issues because it will allow me to create jurisprudence in Mexico and that with my counterclaims that we already have prepared with my lawyers, we can leave a precedent that justice should not be used for circuses or advertising 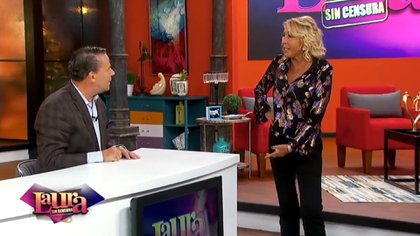 Laura Bozzo also came into conflict with Alfredo Adame, and hinted that she could sue him as well (Screenshot: @Laura without Censorship)

In addition to moral damage, Irina Baeva also sued the host of the program “Laura Sin Censura” for discrimination, however, Bozzo again denied the accusations and said that it will be in November when they will start their counterclaims. The host said that she will begin to proceed against all those who have affected her in the past and who have used justice for “media shows” :

All those who have used justice to make their media shows wait because in November my counterclaims come (…) In my life they do not exist, their demands for attempted murder and others have already been rejected for lack of foundation and now in November they come my counterclaims (…), they will have to pay lawsuits

Among those who hinted that she could proceed against them, Laura Bozzo mentioned Alfredo Adame, with whom she has had various conflicts and who recently had a verbal dispute on her program: 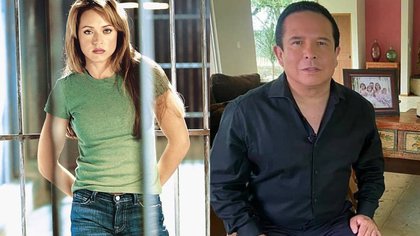 Laura Bozzo made reference to the case of the lawsuit between Gustavo Adolfo Infante and Gaby Spanic, in which the communicator won the trial (Photo: Instagram @gabyspanictv / gustavoadolfoinfante)

Bozzo gave as an example the case of Gustavo Adolfo Infante, who recently won against a lawsuit that the actress Gabriela Spanic had filed against him, after which the actress will have to pay the amount of 400 thousand pesos to be able to compensate the damages and the work of the journalist's legal team. This is how the journalist's lawyer, Antonio Ribeiro, said on YouTube:

The resolution in which you are victorious has already come out. She filed six appeals and, well, all six were won, the resolution is out. All the causes that she alleged, all the claims were declared inadmissible (…) She (Gaby Spanic) argued that due to the statements made by Gustavo Adolfo they had generated non-pecuniary damage, she asked that it be repaired, that they ask him sorry, time was spent on television and apart from asking for financial compensation (…)

However, Infante himself said that he will give the money to an association of children with cancer so that they can pay for medicines and their respective treatments.

MORE ON THIS TOPIC:

Gabriel Soto celebrated with Irina Baeva the arrival of the New Year and put aside the scandal that he starred...

We are about to enter a new year and the streaming video service, Netflix , has renewed its catalog with...

All the best, Victor star Nick Robinson and his girlfriend Samantha Urbani since April 2019 had “mild” cases of coronavirus...

“The bump is bigger”: cancer patient Philipp gives an update

Not good news for Philipp Mickenbecker! The star of the YouTube duo The Real Life Guys announced in October that...

Kai Pflaume makes a touching declaration of love for his wife

Next year there is a very special anniversary for Kai Pflaume and his wife: the silver wedding. Shortly beforehand, the...

Is Maddy Nigmatullin (25) in steady hands? The former Cologne 50667 actress has long since made a name for herself...

TV-Star Moderator Marlene Lufen: Your real age causes a stir She is the face of “breakfast television” – but how...

The model published a Christmas photo of a different kind. Heidi Klum’s whole family is in the picture – but...

Tobias Moretti as Beethoven on TV: The dark side of a figure of light