by Nick Quaz
in Society
0 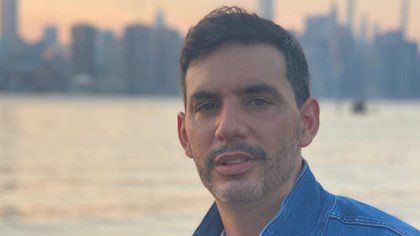 Ronen Suarc is a freelance reporter but Telemundo gave him the mission to interview the actress (Photo: Instagram @ronensuarc)

The journalist Ronen Suarc came out to give his version about the scandal that he experienced with the incident with the model Irina Baeva , who accused him of having persecuted and harassed her in his intention to interview her, and in which the authorities even entered and had to mediate between them, after which Ronen apologized for disturbing her and preferred to leave him alone.

Ronen was interviewed by the morning Los Angeles program , in which he spoke about his version of events and denied what the Russian model said . He assured that he was already in the Central Park area and when his Telemundo producers told him that Irina Baeva was very close, so they asked him to take a brief interview with the model. So he said:

I approached this part, she came running and well here I could find her, it is not that I chased her throughout Central Park as she says 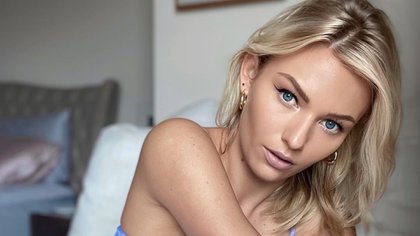 According to Suarc, she was walking around the place when Baeva passed by and he greeted her; She returned the greeting and agreed to give him a space for the interview, so he asked her some questions, but when he brought up the subject of Gabriel Soto , Irina got upset and started running. About, the journalist tried to reach it to finish it.

Ronen claimed that she started yelling at him and claiming him , which caught the attention of two runners who were nearby and they rebuked him without knowing what was really happening:

They were two “pavotes” (naive) who were close, they did not even know her, because she tried to tell them 'I am very famous in Mexico' and 'this is a paparazzi who is following me'. I was never a paparazzi but a journalist asking questions

Given this, Suarc only continued recording in order to avoid problems and shortly after the authorities arrived to request them to end their conflict. Ronen apologized and left. 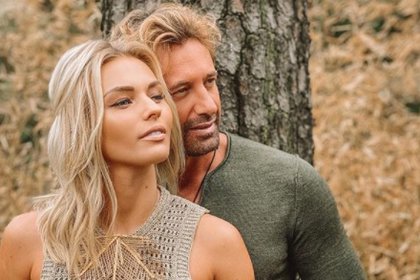 The journalist argued that he did not understand why Irina Baeva was upset; However, they wanted to avoid the conflict based on what had happened with Laura Bozzo , who received a lawsuit from the model after calling her “steals husbands.” Both Gabriel and Irina decided to proceed legally seeking financial restitution and a public apology.

For her part, Baeva accused Suarc of having chased her throughout Central Park and made a live broadcast to report him. This is how the model put it:

Here's a Telemundo reporter who just won't stop asking and chasing me here in Central Park thanks to the fact that I posted in my stories that I'm here exercising (…) Look at the scandal. The man just doesn't want to leave me alone, he's chasing me all over Central Park. Before Suelta la Sopa puts it and makes a scandal, I'm going to show you here in my Insta-stories. Really, what courage that I just can't be here quiet exercising

Suarc said that Irina could have armed the reaction to gain some fame because she is precisely in New York to follow a path to complete her studies in English and acting with the intention of entering Hollywood. “Besides, who in the world would go for a run in Central Park if they don't want to be seen? She wants to get a job as is, a job opportunity. ”- He sentenced.

Gabriel Soto celebrated with Irina Baeva the arrival of the New Year and put aside the scandal that he starred...

We are about to enter a new year and the streaming video service, Netflix , has renewed its catalog with...

All the best, Victor star Nick Robinson and his girlfriend Samantha Urbani since April 2019 had “mild” cases of coronavirus...

“The bump is bigger”: cancer patient Philipp gives an update

Not good news for Philipp Mickenbecker! The star of the YouTube duo The Real Life Guys announced in October that...

Kai Pflaume makes a touching declaration of love for his wife

Next year there is a very special anniversary for Kai Pflaume and his wife: the silver wedding. Shortly beforehand, the...

Is Maddy Nigmatullin (25) in steady hands? The former Cologne 50667 actress has long since made a name for herself...

TV-Star Moderator Marlene Lufen: Your real age causes a stir She is the face of “breakfast television” – but how...

The model published a Christmas photo of a different kind. Heidi Klum’s whole family is in the picture – but...

Tobias Moretti as Beethoven on TV: The dark side of a figure of light