Miguel Bosé beat his former partner Nacho Palau in court: this will happen with his children

by magictr
in Society
0 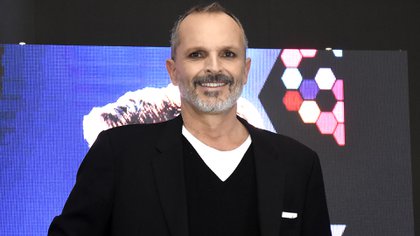 The Spanish singer Miguel Bosé has won the lawsuit for the filiation of the four children born during his relationship with the sculptor Nacho Palau, who wanted all of them to be legally considered brothers. The relationship between Palau and Bosé lasted around 26 years and both fathered their children through a surrogacy.

A court in Madrid rejected Palau's claim, who responded with disagreement to the sentence along with the lawyers who represent him. On October 19, the trial between the two artists began, the four children born during the relationship between Bosé and Palau, two pairs of twins as a result of surrogacy, two with the genes and surnames of a father and two with those of the another, but raised as brothers, until the two artists separated.

The sentence considered that the four children cannot be legally treated as siblings but I do accept that a regime of visits of the children of both be coordinated and established with each other and with their respective parents, as stated in the statement from the law firm Ortolá Dinnbier. This measure will regulate the visits between the two despite the fact that they had already set up one in which the children of Palau lived with Miguel Bosé. 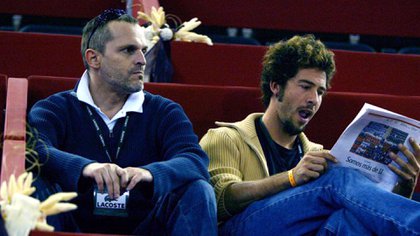 The singer and the sculptor had a romantic relationship of more than 25 years, in which they had four children (Photo: Europa Press)

Despite the fact that the ruling considers that the shared purpose of both parents to have children to found a single family is proven, “it understands that our current legal system does not allow the formal declaration of filiation requested.” The economic situation that the sculptor is experiencing is not very good and, according to his own words, he is in great stress and moonlighting, for which he cannot give his children a private education and they face deficiencies.

For this reason, the representatives of Palau released a statement in which the sculptor “continues to trust that justice will be done to all his children and for this he is preparing to file an appeal against said sentence”, with which he announced that it will seek to reach other instances.

In an interview in the magazine ” Hola “, it was detailed that Palau was the one who filed the lawsuit for the affiliation of his children, Ivo and Telmo, considering that they and Bosé's children, Tadeo and Diego, are brothers although they do not share the same same genes or have the same surnames, since they grew up as equals in the same house and there is an “emotional and intentional affiliation”. The children are currently 9 years old. 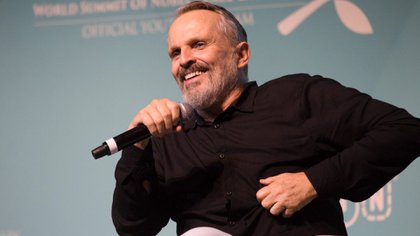 Miguel Bosé has an excellent relationship with minors but he is not the legal guardian of the four and will continue to do so after today's trial (Photo: Cuartoscuro)

And, after the separation, the singer took his biological children from Bosé to reside in Mexico, while those of the sculptor remain by his side in Valencia, Spain. Curiously, despite the legal problems that exist between them, Palau has said that in no way does he seek to have a bad relationship with the singer and that he has even invited him to stay at his property in Spain when the little ones visit. However, he has decided to distance himself.

I was in Somosaguas and Miguel invited me to stay, but I preferred to be in a hotel. We do not speak calmly, but I still like his music. She is missed!

Miguel Bosé recently went through a moment of controversy for denying and then accepting the existence of COVID-19, a fact that led him to receive criticism on social networks for which he was forced to unsubscribe and later returned to continue in contact with his fans.

ProSieben shocks viewers with a before / after picture Look 20 years younger in 100 days: is that possible? Jenke...

“Ant-Man is in Ironman, but not as you think” Marvel completed its third phase a while ago with “Avengers: Endgame”....

According to current media reports, the Dachshund-Corgi crossbreed Vulcan died a few weeks ago. Now the British Queen only has...

Robbie Williams is working on a new band – and obviously in full swing: The members have already been determined,...

Again no tight dress: Jessica Paszka wraps herself in a blazer

It is slowly becoming noticeable! Tonight the influencer Jessica Paszka (30) is on stage in the new singing show Pretty...

After the temporary closure due to the second corona lockdown, museums and exhibition halls in Austria are allowed to reopen...

Many museums attract with new exhibitions

Many museums attract with new exhibitions After the temporary closure due to the second corona lockdown, museums and exhibition halls...

After years of investigation, a criminal has been arrested in Great Britain who is said to have cheated out of...

Samu Haber: His chair at “The Voice” remains empty on Sunday

Cologne – This is an unusual situation on Sunday (December 6th) with “The Voice of Germany”: Rea Garvey has to...